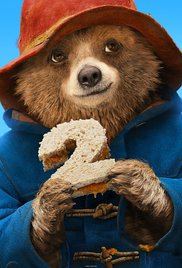 Not recommended under 5, parental guidance recommended 5-8 due to violent and scary scenes.

Paddington (voiced by Ben Whishaw) wants to buy his Aunt Lucy (Imelda Staunton) a birthday present. He works hard and does odd jobs for neighbours to save enough money to buy a special pop-up book of London. But when the birthday present is stolen by a mysterious thief, Phoenix Buchanan (Hugh Grant), Paddington is framed for the crime! Paddington and the Brown family must find the mystery thief and the missing present to save Paddington before Aunt Lucy’s birthday!

Children in this age group may also be disturbed or scared by the above mentioned scenes.

Paddington cleans windows with his bottom

This movie could also give parents the opportunity to discuss with their children the effects of using violence as a way of solving problems.