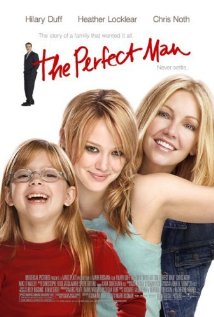 Holly Hamilton (Hilary Duff), a self-titled teenage gypsy, is tired of constantly packing up and moving each time her mother Jean (Heather Locklear) is jilted by some second rate man. The latest move takes them across the country to Brooklyn New York, where Holly, her Mum and little sister Zoe (Aria Wallace) must begin their lives again.

In the hopes of keeping her mother happy, Holly invents the perfect man. A man who always says and does the right thing and knows Jean better than she knows herself, a man far superior to Lenny (Mike O’Malley) the bakery manager who has fallen for Jean. With the help of her friends from school, Adam (Ben Feldman) and Amy (Vanessa Lengies) and with the unwitting assistance of Amy’s uncle Ben (Chris Noth) plots thicken and plans spiral out of Holly’s control until Holly finds she must face her mother and those that she has used along the way. When things get too complicated it is Holly that wants to pack up and start again.

The film contains the occasional use of violence, including:

There are two scenes in the film with the potential to scare young children.

There is nothing in this film that would frighten children over the age of eight.

Holly uses a Macintosh laptop frequently throughout the film. The laptop is instrumental in adding to her travelling gypsy homepage as well as in various plots to help her mother fall in love with the perfect man.

There are several sexual references made throughout the film, including:

There is no sexual activity in the film, however there are several instances of scant clothing being worn, including:

There is some use of alcohol, including:

Though course language is not used in the film, there is a fair bit of name-calling, almost entirely aimed at Lenny who is repeatedly called a ‘loser’.

The movie’s main message is that running away from your problems doesn’t solve anything, that sooner or later the same issues will come back to haunt you and that it is better to embrace life with all its ups and downs than to miss out by moving on. The film provides an opportunity for parents to discuss the dangers of seeking perfection in someone else, for no one is perfect, and that the only individual one has control over is oneself.