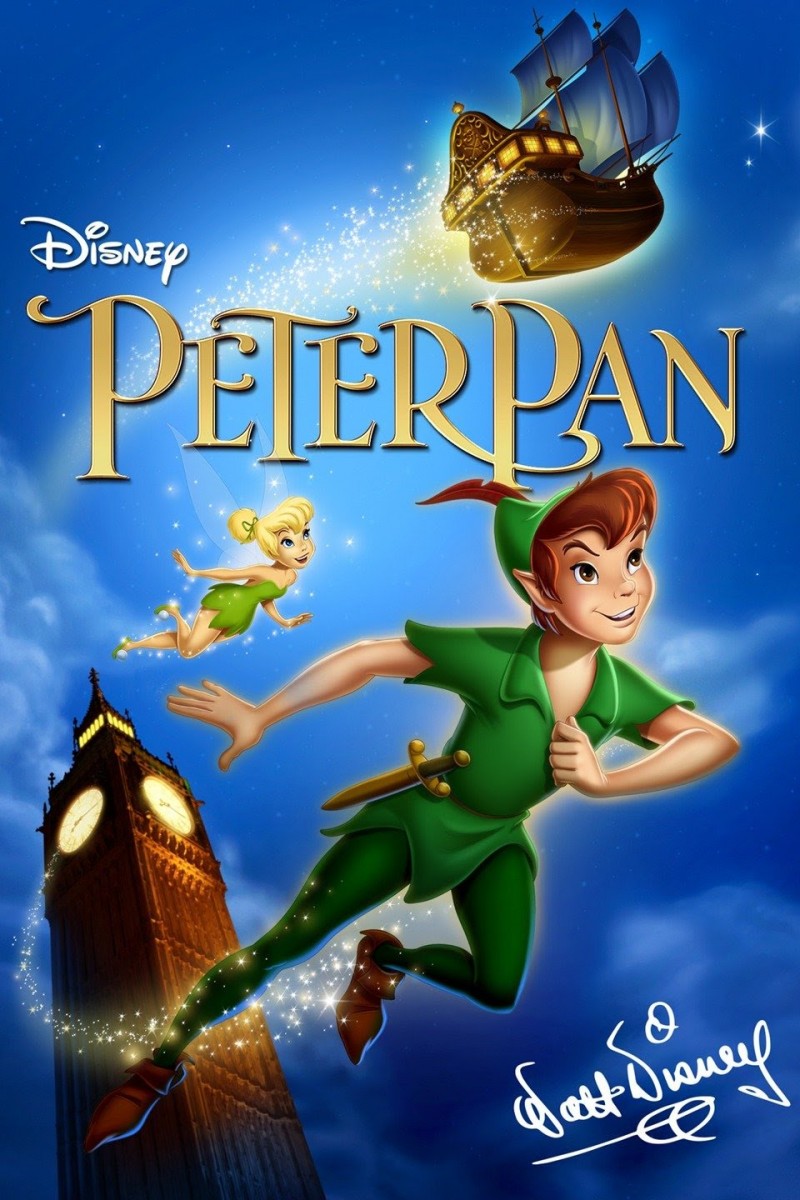 Not suitable under 5; parental guidance to 6 (scary and violent scenes and themes). Parents may also want to address dated stereotypes.

Every night, teenager Wendy Darling tells her younger brothers, Michael and John, bedtime stories. These stories often feature wondrous Peter Pan, a boy who never grows up, is able to fly, and does whatever he likes. Much to the children’s surprise and excitement, one night Peter Pan and his fairy friend Tinker Bell visit them, and Peter invites them to come along on an adventure. With the help of fairy dust, they all take off and fly through the London sky, straight to Peter Pan's home, ‘Neverland’. There they meet Peter's friends, the Lost Boys, and make the acquaintance of some other inhabitants of the islands, including Mermaids and a tribe of Indians. What the children did not expect is that Peter Pan's archenemy, the evil pirate Captain Hook, has come up with yet another plan to take revenge on Peter for cutting off his hand and feeding it to a crocodile, and before they know it, the children find themselves in the line of fire.

Despite its considerable age, Peter Pan, the 1953 Disney classic, still has what it takes to entertain a family audience. It must be noted, however, that the movie includes some dated sexist and racist stereotypes that parents should address with their children. Those stereotypes as well as scary and violent scenes and themes warrant parental guidance for a young audience and makes the movie unsuitable for children under 5.

The main message from this movie is that children should be allowed to be children and to live out their vivid imagination. Another message is that everything in this world comes with a flipside and sometimes it is necessary to make a decision about what is most important.

This movie could also give parents the opportunity to discuss with their children the importance of acknowledging how times have changed: This film contains stereotypes that, at the time of its release, were not considered problematic. The featured native Indians are portrayed in a racist way, with cherry-red skin, being called "Red Skins", and described as "cunning but not intelligent". There are also some sexist stereotypes, for example that "girls talk too much", that girls' main pursuit and purpose is to attract male attention, that "jealous girls" are "easy to trick", and that girls are vain, and should also be slim (Tinker Bell flirting with her own reflection and then worrying about her backside and thighs looking big).