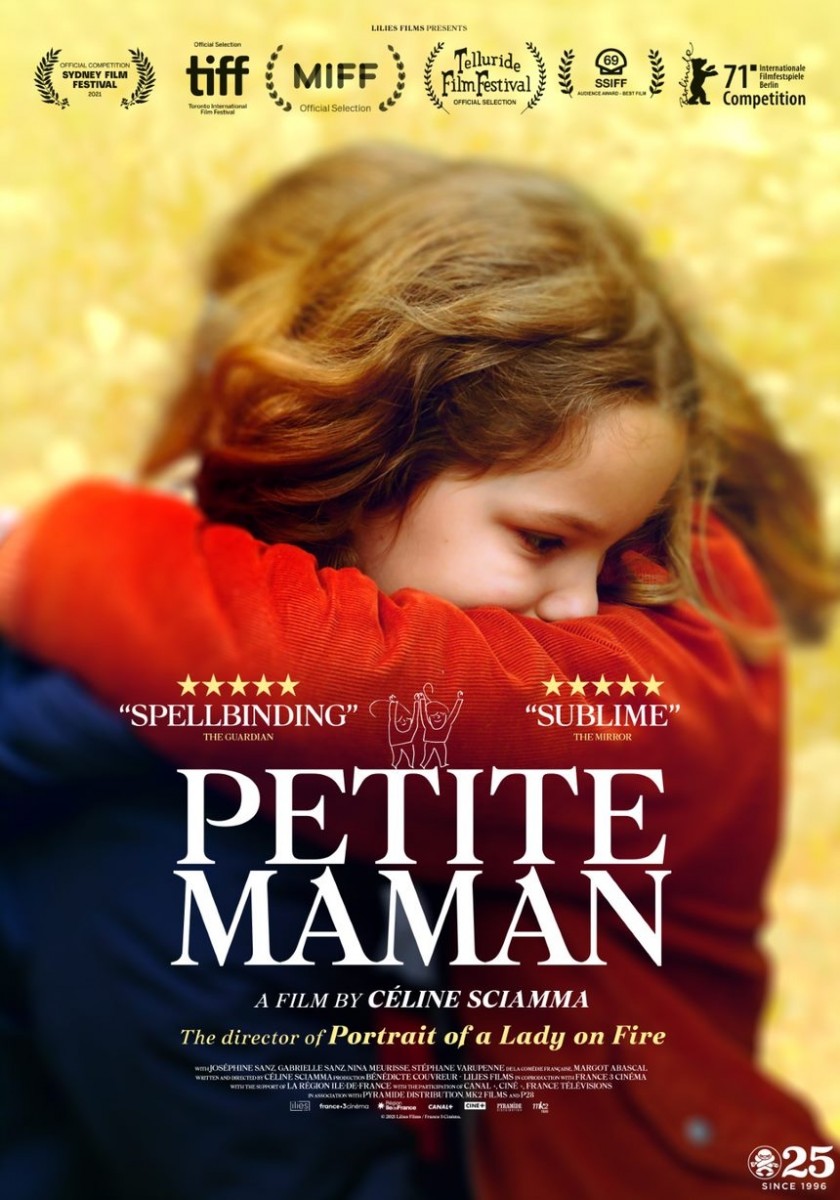 Not suitable under 5; parental guidance to 10 (themes, subtitles). May lack interest under 15.

When Nelly’s (Josephine Sanz) grandmother (Margot Abascal) dies in a nursing home, Nelly and her parents go to say goodbye and then head to the home where her mother (Nina Meurisse) grew up, to pack her grandmother’s belongings. Nelly’s mother struggles with confronting the past and eventually takes off, leaving her husband (Stephane Varupenne) and daughter to finish for her. While her dad tackles closets and bookcases, Nelly searches the woods for the fabulous fort her mother built and somehow crosses paths with Marion, (Gabrielle Sanz) a friendly neighbour who also happens to be the 8-year-old version of her mother. Together they work at building the fort, and Nelly also gets a chance to know a younger version of her grandmother. When Nelly confides in Marion, telling her that she is her future daughter, the girls are able to comfort and reassure each other and find themselves far better prepared to face the immediate challenges that lay before them.

Death; Separation from a parent; Illness and hereditary disabilities.

Petite Maman is a slow-paced, French drama with English subtitles. The film features beautiful cinematography and believable performances by all cast members but will likely lack interest for most children. There is minimal dialogue; instead viewers feel the emotion of what is often left unsaid and watch as one family processes the loss of a loved one. The film will be most enjoyed by older, more mature, audiences.

The main messages from this movie are that life can be difficult and death heartbreaking but it is the people we love and the experiences we share that make our journeys worthwhile.

This movie could also give parents the opportunity to discuss with their children the importance of spending time together and getting to know grandparents and those of older generations, as life is precious and fleeting.