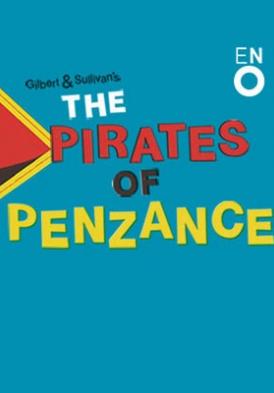 Not recommended under 5; parental guidance recommended 5-8 due to violence, the length of the film, and language and humour that is difficult for children to understand.

Pirates of Penzance is a Mike Leigh film of a British National Opera production of the Gilbert and Sullivan classic comedy opera.

On his 21st birthday, Frederic is freed from his accidental apprenticeship to a band of pirates and decides to stop being a pirate and live an honest life. On his way from the pirate ship, he meets a sweet girl named Mabel and her many sisters. Mabel and Frederic fall in love and plan to be married.

Their plans are thwarted when the Pirate King finds a loophole in Frederic’s contract and Frederic finds that he may have a duty to return to the pirates. What follows is a comedy of errors that follows Frederic’s bumbling attempts to decide where his duty lies: with Mabel or the Pirates.

Crime; being an orphan; kidnapping

There is some violence in this movie, all played for comedy, including:

The pirates drink alcohol and get drunk in one scene

Pirates of Penzance is a live opera production of the Gilbert and Sullivan classic that has been filmed. It is a witty comedy of misunderstanding and confusion, with quite a lot of the humour being based on wordplay and the implications of Frederic’s leap year birthday. It is therefore likely to be enjoyed by adults and older children.

Because it is a film of a live performance, the movie is approximately 150 minutes long, and includes the overture and a 20 minute interval. The length and the Victorian language make it a difficult movie for young children to sit through and understand, and younger children may also be scared by the pirates and some scenes of violence.  It is therefore not recommended for children under five, and parental guidance is recommended for children between the ages of five and eight who may need some of the humour and the plot explained to them.

The main messages from this movie are to keep your promises and to always to follow your conscience.

This movie could also give parents the opportunity to discuss with their children real-life issues, such as: