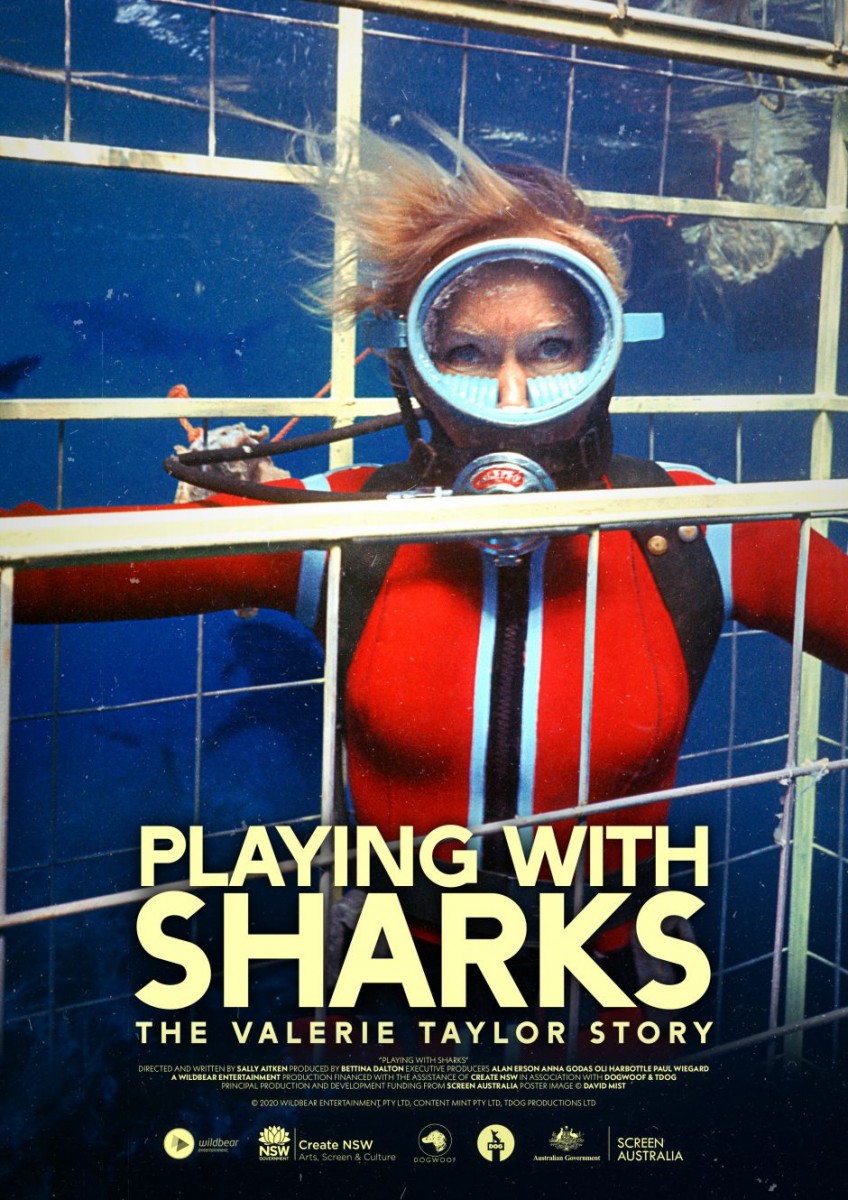 Not suitable under 11; parental guidance to 13 (violence, scenes of distress, themes)

Playing with Sharks outlines the journey of Valerie Taylor who started out as a young girl who fell in love with the world underwater and who learned to spear fish for her father when she was just a child. Valerie went on to become the world female spear fishing champion and even went so far as to kill a shark, winning the admiration of people around the world for her courage, fearlessness and ability when it came to this male dominated sport. When her husband, Ron Taylor (the world male spear fishing champion), came back from a shark sighting expedition that ended with the death of 5 large sharks, senselessly killed simply because they were sharks, they both put down their spears and vowed from that moment on that the only shots they would take would be with a camera. The pair focussed all their energies on making a living doing what they loved. They pushed the boundaries and were able to capture pictures and film of Valerie doing many things that others believed were either too risky or simply impossible. She swam alongside enormous stingrays and through vast swarms of jellyfish, she played with Moray eels and dove into the midst of a feeding frenzy, she trained wild sharks like puppies and hand fed Great Whites, all the while discovering that these creatures the world had been taught to fear were very intelligent, had distinct personalities and were in great danger from a predator far worse than any threat they had ever posed. Valerie worked on films sets, including the infamous blockbuster, Jaws, and then as a conservationist to protect these ancient sea dwellers from the fallout of fear and misunderstanding.

Animal distress; Cruelty to animals; Environmental degradation; The dangers of a fear mentality.

Playing with Sharks: The Valerie Taylor Story is a documentary that serves as a testimony to what the oceans once held and stands in stark contrast to what you will find now. It serves to educate the public on the true nature of sharks and to help people understand that they are not as dangerous as we have been lead to believe and that, in fact, it is the sharks that are the true victims. Due to some of the images and footage portrayed, this film is not for younger viewers but is a very worthwhile watch for teens and older audiences.

The main messages from this movie are that sharks are the ones with something to fear; and that we need to change our beliefs and the way we do things if we are going to save the few sharks we have left. The documentary also demonstrates the need for respect and understanding. For far too long these creatures have been feared and consequently killed because we do not understand or respect them. The film clearly depicts how they are capable of so much more than we have ever given them credit for and how one woman is doing all that she can to help save them. The rest is up to us.