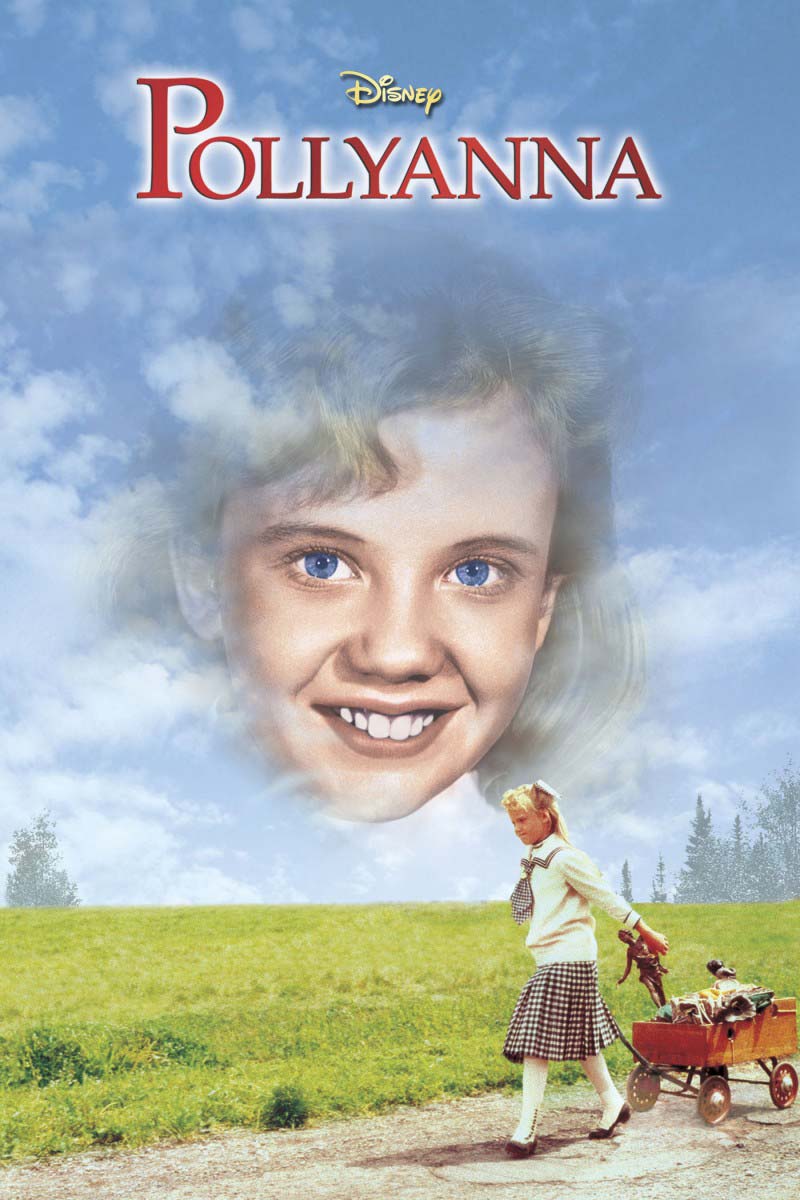 Suitable for all age groups though may lack interest for children under 6.

After the death of her parents, 12 year-old missionary daughter, Pollyanna (Hayley Mills), is sent to live with her rich but reserved aunt Polly Harrington (Jane Wyman). Aunt Polly takes pride in the fact that the town of Harrington was named after her father, and Pollyanna soon finds out that her aunt is unofficially running the town, by owning most of the businesses and making generous donations. At the same time, Aunt Polly makes sure that everything is done her way. She even dictates the town's reverend (Karl Malden) what to cover in his sermons, who consequently reminds the congregation every Sunday of their sinfulness and the wrath of God – making everyone dread Sundays. It is Pollyanna's curious, friendly, and positive approach to life and open-minded approach to every single member of the community that slowly but surely brings change to the people of Harrington. But will Pollyanna also be able to soften Aunt Polly's heart, to teach her to love and be loved, and ultimately help her to be re-united with her ex-boyfriend, Dr. Chilton (Richard Egan)?

No violence was noted in this movie.

Based on Eleanor H. Porter's 1913 novel, Pollyanna is a classic Disney family movie, offering wonderful family entertainment, even 60 years after it was first released. It is beautiful to see the positive developments and transformations of many of the characters during the course of the movie, as Pollyanna teaches them her so-called "glad game" – finding something to be glad about in every situation.

The main messages from this movie are that it is important to always look for the good in people; to focus on things to be glad about when faced with challenging situations; and that true happiness and joy can be derived from opening up ones heart for love.