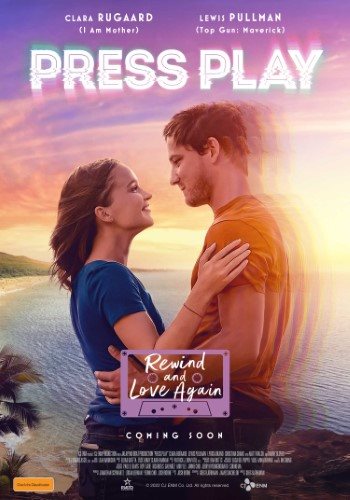 Not suitable under 11; parental guidance to 13 (themes, language, use of substances)

When Laura (Clara Rugaard) finally goes out with Harrison (Lewis Pullman), after much encouragement from her best friend Chloe (Lyrica Okano), she doesn’t realise how much she will soon come to care for him and how their meeting will impact her life. As they spend time together and the relationship blossoms, the couple begin making a mix tape of meaningful songs but before the tape is finished, Harrison is killed and Laura is left to go on without him. In her grief, Laura leaves the mix tape at the store where the two met and tries to move on with her life but, four years later, the tape is given back to her. The moment she presses play, Laura is taken back in time to the moment she and Harrison first heard the song, and she is taken back in time to him. However, this gift is fleeting for it only lasts the length of the song. As Laura tries to convince Harrison that she isn’t crazy, that she is from the future and that he will die, she is doing everything she can to help prevent the inevitable from happening. The problem is that none of the warnings work and with time running out Laura will have to choose whether she will spend their last moments together hatching another plan or whether she will simply be in the moment with the love of her life. Unless there is another way...

Death of a loved one; Grief; The impact of our choices; Time travel.

Press Play is a romantic drama that is well cast, though we never really get to know the characters. The film has a highly improbable plot that is set against a beautiful Hawaiian backdrop. Due largely to the themes, this is not a family film but one that is best suited to teen and older audiences.

The main messages from this movie are that music has the power to take you back to specific moments in your life (even if just through memory); that we never have enough time with the ones we love; and that there are some things in life that we simply can’t control.