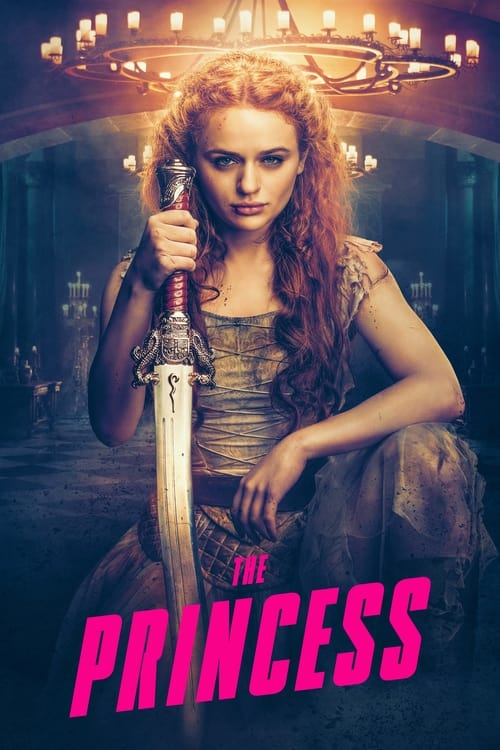 The Princess (Joey King) awakens on an unfamiliar bed only to learn that she has been drugged and imprisoned in the highest tower, handcuffed with iron shackles and guarded by brutal men for refusing to marry Julius (Dominic Cooper), an evil and conniving Lord who will do anything to become King. When his marriage plans falter due to the Princess’ change of heart, he marches his men into her kingdom and imprisons the King (Ed Stoppard), the Queen (Alex Reid) and young Princess Violet (Katelyn Rose Downey); taking their people hostage or turning them out of the castle altogether. Julius doesn’t count on the Princess’ skill as a warrior and soon he is seeking the vigilante he believes responsible for the death of numerous men, unaware the assassin is his would-be-bride. While making her way out of the tower, the Princess learns of Julius’ plot to wed her and kill her father. She redoubles her efforts to earn her father’s respect as a warrior and to set her family free. With the help of her tutor and trainer, Linh (Veronica Ngo), the Princess reaches her family only to be taken hostage with them. With her sister’s future at stake and all of their lives on the line, the Princess makes a final stand to win their freedom and to save her kingdom from falling into the hands of a brutal leader. With patience and timing, even when all seems lost, she manages to not only save their lives but also to change her destiny.

Tradition and duty; Arranged marriage; Greed for power and position at any cost; Fighting for your life and for that of your family; The role of women in medieval times; Breaking rules to change your destiny.

There is frequent, graphic violence in this movie, including:

The Princess is an action-packed adventure, full of gory violence. Though it is set in a castle in medieval times, this is not a fairy tale or a family film but rather one that is suited to mature audiences.

The main messages from this movie are that real power comes not from your blade but from your heart; and women are far more than just beautiful wives or pieces of property – They can be leaders, they can be warriors and they can be wise. They can change the destiny of a kingdom or the course of history and should be considered the equal of men.