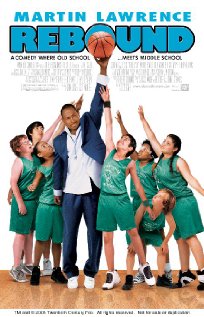 This retelling of the story focuses on disgraced College basketball coach, Roy McCormick and his trials in taking a hapless Middle School team, the Smelters, to the State Finals.

Roy McCormick (Martin Lawrence) is a highly successful, but highly strung College basketball coach. At one of his Ohio team’s games, Roy is enraged by a referee’s decision and responds by having a tantrum. In the process, he accidentally kills the opposing team’s mascot (a bird). The dead bird is not shown, but feathers are seen to be flying, the bird handler is upset and the crowd ‘boos’ Roy. After this incident he is suspended from his job. His agent, Tim Fink (Breckin Meyer) believes that Roy can regain favour with the Ohio team management, if he takes up an offer to coach Mount Vernon Middle School’s hapless basketball team and prove he can behave well.

When Coach Roy steps up to coach the team, he realises he has his work cut out for him. Mt Vernon’s basketball team, the Smelters, haven’t won a game since 1989. Team players don’t communicate with each other and play selfishly, so their chances of every making the State Finals are remote. While trying to maintain his reputation as a coach and make a team of his players, Roy begins to enjoy his role as mentor for his young protégés and learns that winning isn’t everything. The Smelters gradually turn their season around and have to use their newly found skills and team spirit to carry them to the elusive State finals.

No themes of concern.

There is some low level violence in this movie, mostly used for comic effect, including:

Although the scene in which Roy accidentally kills the opposing team’s bird is depicted in a comic light, it could still distress some children under the age of five.

There is nothing in this movie that would scare or disturb children over the age of eight.

When the Smelters have a victory near the end of the movie, the coach is doused with water from a bucket bearing the Gatorade label.

None. Coach Roy is shown to admire the mother of one of his players and makes some appreciative noises, but their relationship culminates in a kiss only.

Rebound is family-friendly movie using the well-worn themes of the ‘fish out of water’ and the underdog triumphing. Younger audiences will enjoy the success that the Smelters increasingly experience and the physical comedy of their play. Adults may find the storyline and characterisations somewhat pedestrian and very familiar, but the Smelters themselves are engaging and their victories are enjoyable.

The main messages from this movie are that teamwork can be more successful than talent and that winning isn’t everything—it’s how you play the game.
Values parents may wish to encourage include:

This movie could give parents the opportunity to discuss with their children attitudes and behaviours, and their real-life consequences, such as having tantrums or using violence when things don’t go your way, bullying, name-calling, teasing and being disrespectful to people in authority. Some parents may wish to discuss with their children a scene in which a visiting reverend prays for misfortune and injury to befall the Smelters’ opposing team.