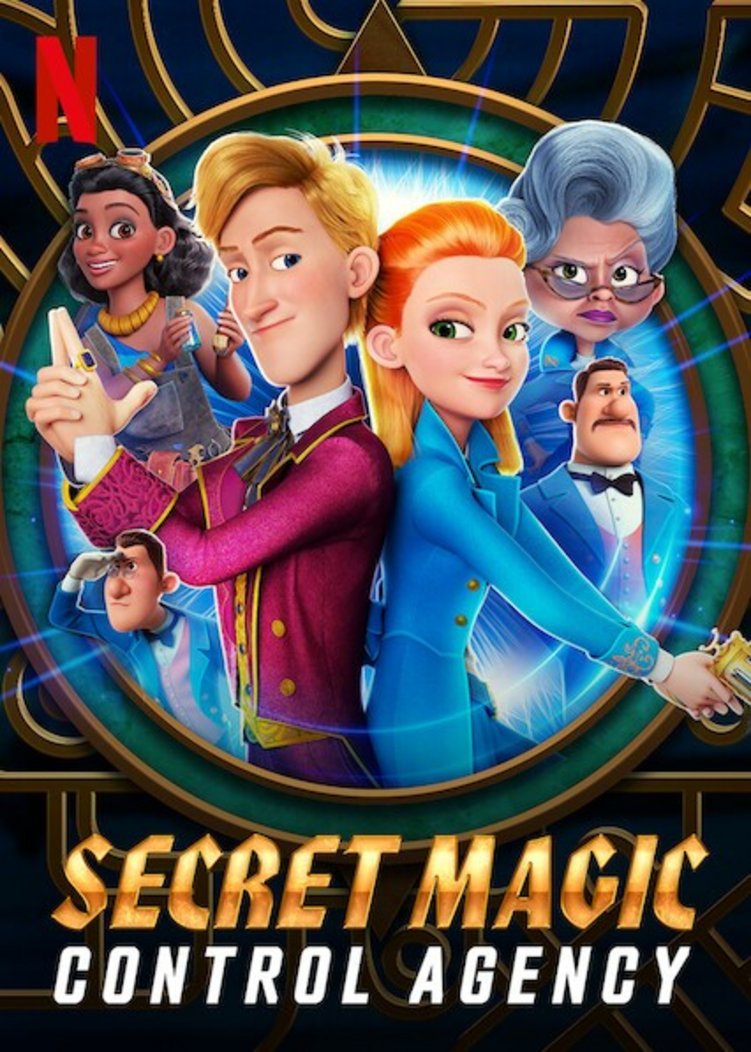 Not suitable under 6; parental guidance to 8 (frequent action violence, themes of threat and peril)

Once upon a time in a faraway magical kingdom, a tasting of the dishes for his upcoming birthday celebration goes pear-shaped for the King when he gets kidnapped by a spaghetti monster. As there is clearly some black magic involved, the Secret Magic Control Agency steps in, with top agent, Gretel (voiced by Courtney Shaw), entrusted to find the criminal and retrieve the King. Much to Gretel’s dislike, the head of the agency, Agent Stepmother (voiced by Georgette Reilly), instructs her to recruit her estranged brother, Hansel (voiced by Nicholas Chorda and Alyson Leigh Rosenfeld), to the case – taking advantage of his knowledge as a talented charlatan and con-artist. On their quest, Gretel and Hansel accidentally come in contact with a magic potion that transforms them back to being children. Of course, this does not stop them and they even seek advice from Baba Yaga, a wise but dangerous witch who then captures and wants to eat them. Finally, they discover who is behind the scheme: Ilvira (voiced by Erica Schroeder), who used to work as a chef at the King’s castle, is planning to bewitch the King and the entire country with her magic love cookies, so that she can become Queen. Will Hansel and Gretel be able to stop her, and sort through their personal differences?

There is frequent cartoon, action-violence in this movie, including:

Secret Magic Control Agency is an English-language, Russian, animated, action-comedy and an interesting blend of the classic German fairy-tale, Hansel and Gretel, Slavic folklore and a James Bond-type secret agent story. The witch in the original Hansel and Gretel story, for example, is incorporated as Baba Yaga – a supernatural being who often takes the form of an old woman or witch, who is wise and sometimes helpful, but also cunning and dangerous, and, like in Grimms’ fairy-tale, she wants to eat the children. Other characters remind us of James Bond’s “M” and “Q”. Underlying the non-stop action is a fair bit of humour, and also a predictable yet important interpersonal story unfolding between the estranged siblings, Hansel and Gretel. There are a lot of positive messages, and the film is likely to amuse and entertain both children and parents, however, frequent action violence and themes of threat and peril make it unsuitable for very young children and warrant parental guidance for children aged 6 to 8.

The main messages from this movie are that you achieve more when you work as a team and that you should be careful making assumptions.