Secret of Kells, The 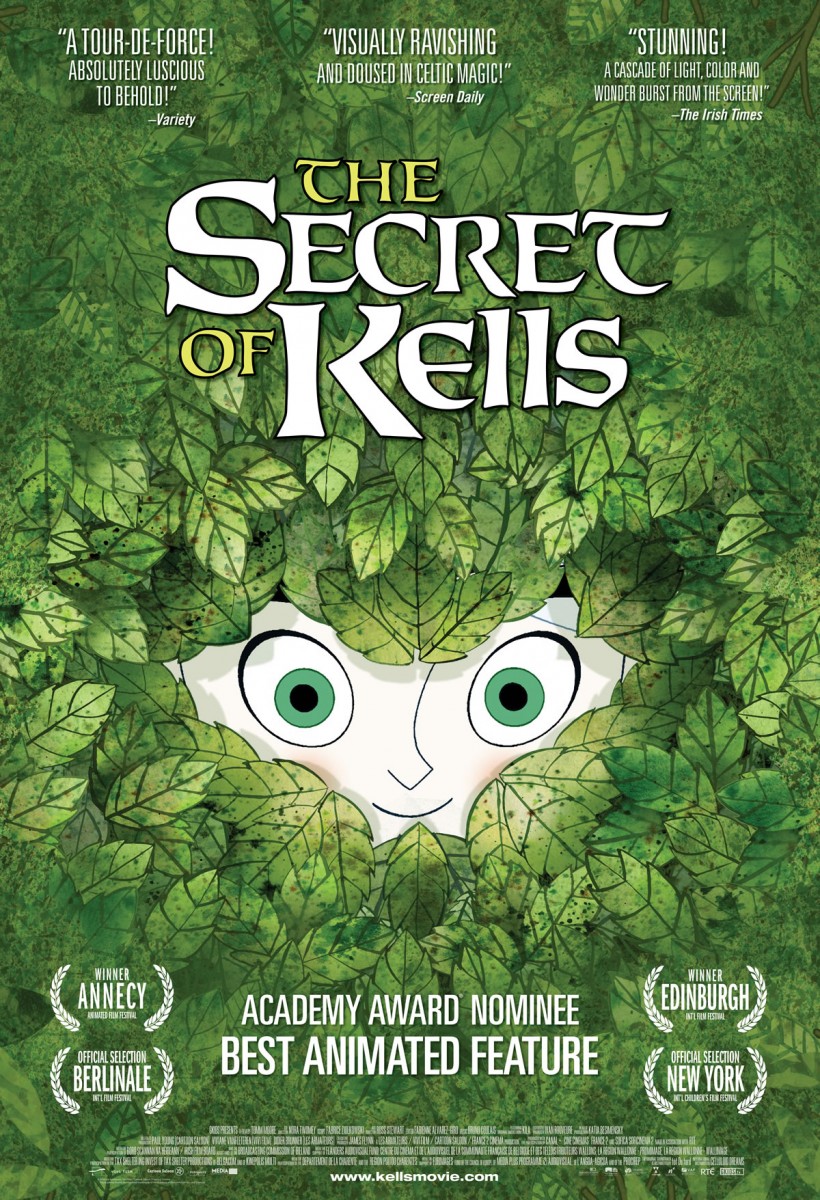 Not suitable under 6; not recommended under 7; parental guidance for 7 year olds (scary scenes)

Set in 9th century Ireland, Brendan (voice of Evan McGuire) is a young boy growing up in the Abbey of Kells under the watchful eye of his strict uncle, Abbot Cellach (Brendan Gleeson). In the scriptorium, Brendan listens to the stories of the older Brothers and is intrigued by the story of the Book of Iona, written by Brother Aidan, (Mick Lally) an illuminator, which is said to bring light to the darkness. The monks are living in very dark times as the Vikings are expanding into Ireland and attacking the abbeys and churches indiscriminately. Abbot Cellach is building a wall to defend Kells’ Abbey in the event of an attack by the invaders.

After such an attack, Brother Aidan escapes from Iona with his cat, Pangur Bán, to Kells. Brendan is thrilled to finally meet his hero and is honoured when Aidan seeks his help to complete the Book of Iona. Aidan sends Brendan on a mission into the forest to collect berries that will create green ink. Brendan has never been outside of the abbey before so it is with great courage that he steps into the unfamiliar world. There he meets Aisling (Christen Mooney), a mysterious, fairy-like girl, who helps Brendan with his task. Abbot Cellach, however, is not pleased with this arrangement and locks Brendan up in the tower. When the abbey is eventually attacked by the Vikings, the wall does not hold and the lives of all of the inhabitants are threatened. Aisling comes to the rescue of Brendan and Aidan. Brendan and Aidan travel across Ireland for many years, during which they finish the book, which becomes known as the famous Book of Kells.

The Secret of Kells is an animated family movie that tells the story of the origin of the Book of Kells. The movie is full of Irish folklore, music and Celtic charm. However, it is quite intense as it is set in the period of the Viking invasion, showing many scenes of attacking and burning of buildings. It is therefore not suitable for children under 6, not recommended for children under 7 and parental guidance is recommended for 7 year olds.

The main messages from this movie are that light overcomes darkness; and to stand up for what you believe in.