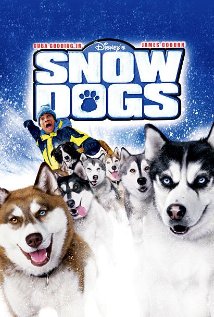 Ted Brooks is a successful, entrepreneurial African American dentist. One day his life gets turned around when he receives a notice advising him that his natural mother has died leaving him in her will. Up to this point Ted had no idea he was adopted. He takes off to Tolketna, a small town in Alaska to attend the reading of the will and to discover his natural heritage. He is alarmed to find out that his main inheritance is a team of Husky sled dogs, one of whom named Demon, takes an instant dislike to him. He discovers that his natural mother, Lucy. was a well liked person in the town and had won a trophy in the Arctic Challenge, an annual event that puts man and dogs through their paces.

Ted takes up the challenge and is determined to master the art of ‘mushing’, that is, riding the sled that the dogs pull. This results in some funny and somewhat dangerous situations. Meanwhile Ted becomes involved with Barb, the local barmaid and with trying to discover who is natural father is. Much to Ted’s dismay, his father turns out to be a grizzled, white mountain man called Thunder Jack. Thunder Jack is not interested in gaining a father - son relationship with Ted, he is only interested in Ted’s dogs, particularly Demon.

The story goes on to show that through Ted’s determination he does manage to mush the sled team and more importantly wins the friendship of his natural father.

There is a bit of slapstick violence in this film mainly ‘accidental damage’ type scenes. These scenes are all handled in a very light and non-threatening manner:

Children in this age group may be disturbed by the above-mentioned scenes.

Younger children in this age group may be disturbed by the above-mentioned scenes.

There are a few sexual references in this film such as:

There is no nudity but at the start of the film girls are shown in brief bikinis walking along Miami Beach. Also when Ted nearly drowns and is probably unconscious, he dreams of being on the beach and Barb appears to wait on him in a very skimpy bikini.

When Ted arrives at the pub in Tolketna, everyone is drinking beer. When the will is read out a free round of ‘wild turkey’ is given.

The take home message from this film is that there can be positive outcomes to adoptive family situations. Ted’s mother who brought him up still loves and cares deeply for him and he gains the friendship of his natural father.

Values parents may wish to encourage include are loyalty, friendship, determination, and courage.