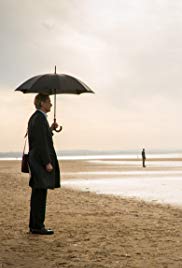 Not recommended under 13; parental guidance to 15 (Adult themes and lack of interest for younger viewers).

Alan (Bill Nighy) lives with the sadness of losing his son Michael who left the house one night in a bad mood and was never seen again. Alan’s other son Peter (Sam Riley), now grown up, also shares the grief in losing his brother and finds it difficult to communicate with his father about it (their mother died early on and Alan was left to raise the children).  From the day Michael went missing, Alan has spent every day searching for him. When news of a dead body being found reaches them, Alan and Peter visit the morgue to see if it is Michael. He declares it isn’t him. Also present at the morgue are Margaret (Jenny Agutter) and husband Arthur (Tim McInnerny) to see if it is their son Neville who’s also been missing for some time. They have both obviously suffered greatly too with their loss.

Alan moves in temporarily with Peter and his wife Sue (Alice Lowe) and their son Jack (Louis Healey). He has a good relationship with his grandson who lets him sleep in his bunk and take over his computer (at great personal sacrifice). Alan loves to play scrabble online and has developed the belief that he is actually playing with his long-lost son Michael. He arranges to meet up with this mysterious player, but things don’t go exactly as planned. He does however find the son who stayed behind.

Loss of a child; loss of a parent; single parenting.

There is no violence of concern in this movie.

There are some scenes in this movie that could disturb children aged eight to thirteen, including the following:

Sometimes Always Never is a tragic drama with lighter moments that provide some humour and relief. It is quite slow moving and due to its subject is not suitable for younger children and is not likely to hold their attention or interest. It will appeal to teens and adults.

The main message from this movie is to appreciate what we have got rather than to continually mourn for that which is lost.