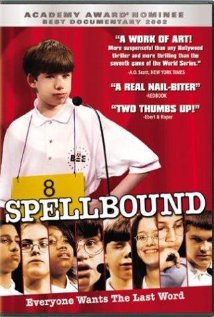 Under 8s may be bored

The Scripps Howard National Spelling Bee is an annual event which has been held in America since 1925. Spellbound documents the background of eight of the participants in the 1999 event and their progress to the national event. In doing so it provides a snapshot of the diversity of culture in present day America.

There is not really one take home message in this movie but there are several comments made by different people that are worth taking note of including: