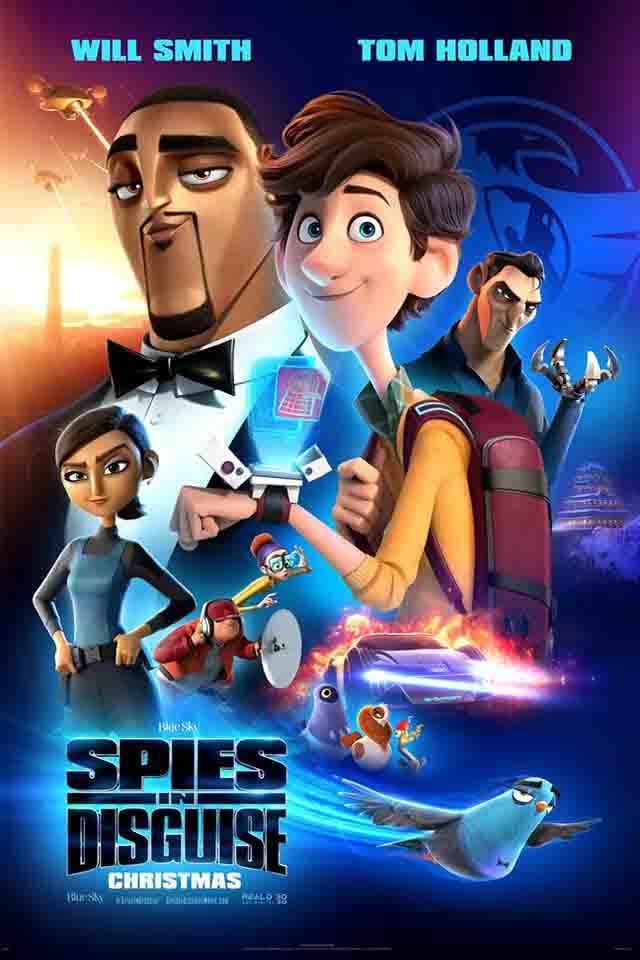 Lance Sterling (voiced by Will Smith), a James Bond-like American undercover agent, is facing the most challenging case of his career: a mysterious terrorist (voiced by Ben Mendelsohn) gets his hands on the world's most lethal drone technology as well as a classified database uncovering every single American secret agent. Seeking revenge for a past incident that killed his accomplices and left him badly injured, he plans to eliminate Sterling – who led the fateful mission – and everyone else working in the US intelligence. To make things worse, the villain manages to change his appearance to look like Sterling. Unable to prove his innocence to his agency, Sterling runs and turns to Walter Becket (voiced by Tom Holland), a nerdy scientist and inventor whom he had previously fired, dismissing his passion for developing non-violent / non-lethal spy gear and weapons. While at Walter's house, Sterling drinks what he thinks is a glass of water, but in fact it is Walter's latest invention, and Sterling is shocked to find himself turned into a pigeon. Initially struggling to get used to his bird body, Sterling begins to realise and use the advantages of looking like an inconspicuous pigeon, and also learns to appreciate Walter's non-violent approach, unconventional methods and unusual yet efficient inventions such as "kitten glitter bombs", "inflatable hugs", or a lavender-scented "truth-telling serum", and the unusual duo set off to stop the villain and protect the compromised agents.

There is frequent animated action violence in this movie including:

Spies in Disguise is an action-packed animated spy movie. High-quality animation, a gripping Mark Ronson-produced soundtrack, likeable multi-layered characters, positive character development and plenty of humorous dialogues and scenes is likely to entertain and appeal to family audiences. However, due to the frequent animated violence, sad themes, and sexualised/rude humour the movie is not suitable for children under 6 and parental guidance is recommended for children aged 6-8.

The main messages from this movie are that violence is never the best option and that acts of kindness can go a long way. The movie also conveys the message that it is okay to be different, that it is important to accept help, and to work as a team.