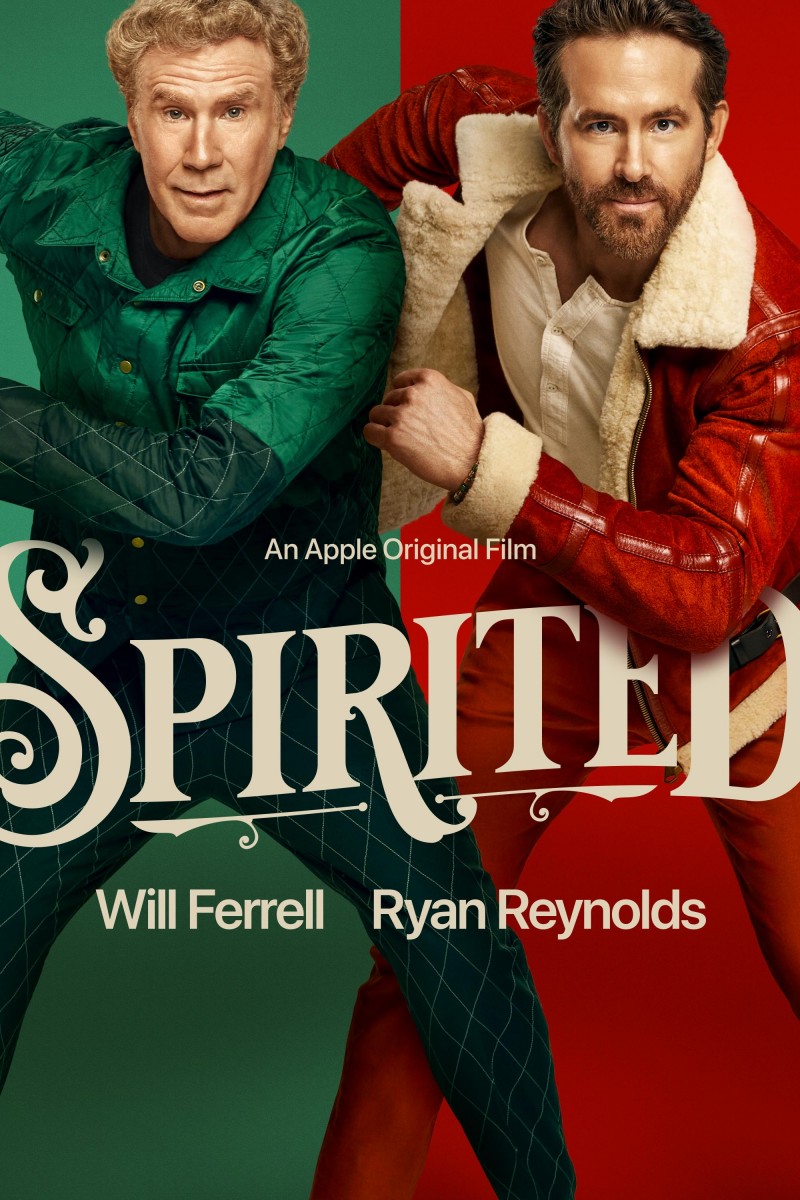 Not suitable under 8; not recommended under 10; parental guidance to 13 (themes and scary scenes)

Spirited is a modern version of the classic Dickens’ tale, A Christmas Carol, with a twist. ‘The Ghost of Christmas Present’, aka Roberto (Will Ferrell), is a redeemed Scrooge and it’s that time of the year when a new terrible person is chosen to be saved. Present goes for a ruthless businessmen, Clint Briggs (Ryan Reynolds), but the other ghosts consider him ‘irredeemable’. Present sees this as a personal challenge as he was also considered irredeemable.

‘The Ghost of Christmas Past’ (Sunita Mani) is the first to visit Clint but she finds herself strongly attracted to him and so passes the job on to Present. Present takes Clint on a harrowing journey of his past, during which his dying sister, Carrie (Andrea Anders), begs him to look after her daughter, Wren (Marlow Barkley) – Clint dodges the responsibility and passes it on to his younger brother. Meanwhile, Present finds himself attracted to Clint’s personal assistant, Kimberly (Octavia Spencer), and is given the option to return to Earth to relive his life. Together, Clint and Present confront ethical and moral problems about what makes a human being redeemable or not.

There is some violence in this movie, mostly done for laughs, including:

Spirited is a musical comedic version of Dickens’, A Christmas Carol. Some of the characters look very scary but it is all tongue-in-cheek, so the fright level is low. There is sexual innuendo, a lot of coarse language and a scene which refers to a teen taking his own life after being abused on social media. For these reasons the film is not suitable under 8, not recommended under 10 and parental guidance is recommended for children aged 10–13.

The main messages from this movie are that one act of kindness can have a ripple effect; and that anyone can be redeemed.