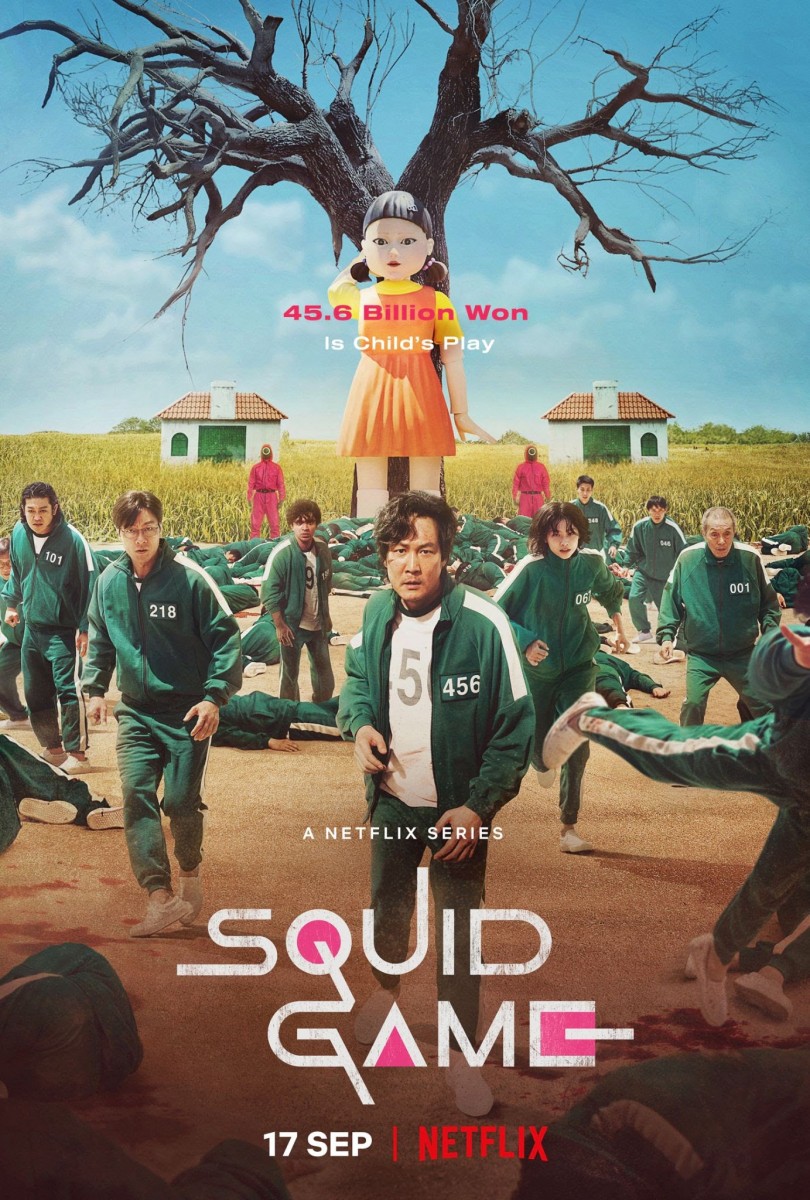 WARNING: Not suitable under 17 due to extreme, frequent and graphic violence; sex scenes; substance use; coarse language.

Squid Game is an 8-part South Korean drama series. Hundreds of South Korean citizens who have found themselves deep in financial crisis and on the margins of society are invited to play in a mysterious tournament, promising the opportunity to win their way out of their dire circumstances. If they agree, they are drugged and taken to a secret location to begin the ‘games’. What they soon discover is that although they are all simple childhood games from their youth – losing results in immediate and brutal death. Again, and again, they must fight to the death until there is only one man left standing. Not only are the games deadly, but there are many psychological twists and turns along the way.

This television series has extreme frequent violence that is realistic and gory. Examples include:

In addition to the above-mentioned violent scenes, there are some scenes in this series that could scare or disturb children under the age of five, including the following:

In addition to the above-mentioned violent scenes and scary visual images, there are some scenes in this series that could scare or disturb children aged five to eight, including the following:

In addition to the above-mentioned violent scenes, there are some scenes in this series that could scare or disturb children aged eight to thirteen, including the following:

There are some sexual references in this series, including:

There is some nudity and sexual activity in this series, including:

There is some use of substances in this series, including:

There is frequent coarse language in this series, including:

Squid Game is a psychological horror series for adults that is not written with child or teen audiences in mind. It is a brutal, social commentary on the destitution and desperation of adult failure and hopelessness in a rigged class system (in the context of South Korea, but certainly applicable in many other countries). The series uses extreme violence as a mechanism for creating impact, and the repetitive and visceral nature of the violence has a distinct desensitising, dehumanising, and numbing effect on the viewer. Although Squid Game has the blood and gore that one might expect from a gory horror film, it also has strong character development which evokes a deeper emotional investment by the viewer. This makes the slaughter of characters even more distressing at various points throughout the series. Children and teens do not have the relevant life experience or maturity to empathise and understand the concepts explored in this series – the violence will entertain them and stick with them, but the social commentary will pass over their heads. Parents should be aware that the MA15+ rating given for Squid Game is warranted and conservative and the series is not recommended for teens under 17.

The main messages from this series is that capitalism has a dark side – it is an allegory for the destructive and dehumanising nature of capitalist society – to get rich, or die trying.

This series could also give parents the opportunity to discuss with their children attitudes and behaviours, and their real-life consequences, such as: