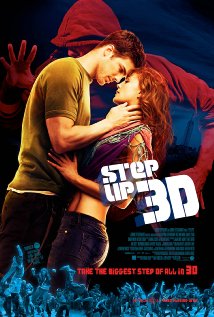 Not recommended under 12 (some coarse language and adult themes).

Moose (Adam G Sevani) and his best friend, Camille (Alyson Stoner), arrive at New York University for their first year of college. While on a campus tour, Moose finds himself in a street dance ‘battle’ and wins. This grabs the attention of filmmaker, Luke (Rick Malambri) who invites Moose to join his group of dancers called the ‘Pirates’, who all live and train together in a space provided by Luke. Moose agrees to join the group but needs to find a way to manage both dancing and university along with maintaining his friendship with Camille. The ‘Pirates’ train hard for the ‘World Cup’ of dance battles to be in with a chance of winning $100 000. Natalie is also spotted and asked to join the ‘Pirates’, but her motives are different. The ‘Pirates’ must win the prize money to pay their debts. A number of entertaining and intense dance ‘battles’ are shown before the ‘World Cup’ dance battle champions are announced!

Children in this age group are unlikely to be affected by the scenes mentioned above.

Step Up 3D shows the main characters following their passion and working hard to achieve this. Some characters face moral dilemmas (e.g. finding a balance between working hard toward your dream and finding time to spend with friends) and personal challenges (e.g. financial hardship) along the way. The creative and intense dance sequences feature heavily throughout the movie.

The main messages from this movie are;