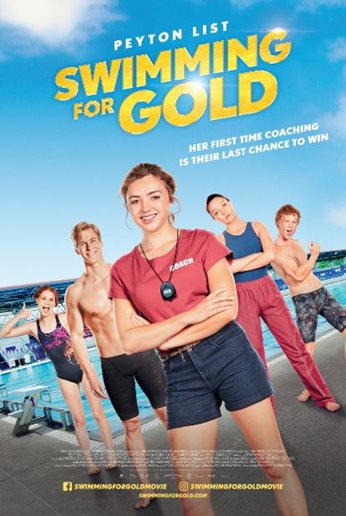 Following a traumatic event, champion swimmer Claire Carpenter (Peyton List) finds she is unable to compete and disappears from public sight. Worried about her lack of focus, her father (Martin Dingle Wall) insists she take a coaching position at a swim camp in Australia and puts her on a plane to Brisbane. Things go from bad to worse for Claire when: she finds she is rooming with her archrival, Mikayla (Lauren Esposito) who delights in turning the others girls against her; the boys team mock her and refuse to listen to anything she says; Coach Bodhi (Ray Chong Nee) has no idea what he is doing; and despite her desperate protestations, her father insists that she stay in Australia. Deciding she couldn’t care less and there is no point in trying, Claire makes a mockery of training the boys until the team’s captain Liam (Daniel Needs) helps turn her around. Slowly, Claire begins to whip the boys into shape and help the girls improve their performance as well. By the time the national championships arrive Claire has learned some powerful lessons about forgiveness and friendship but ultimately it is up to the team to prove to themselves, their parents and the world at large that they have what it takes not only to win but also to save their beloved swim camp from imminent closure.

Bullying; Disconnectedness from parents; The pressure of disappointment; Facing your fears.

Swimming for Gold is an Australian made, family friendly, feel-good, film that is suitable for all but the youngest viewers and will likely be best enjoyed by tween audiences. The film, though perhaps not always realistic, contains many positive messages about vulnerability, working hard to reach your dreams and celebrating the success of others.

The main messages from this movie are that there is power in positivity and that, in life, it is not what happens to us that defines us but rather how we handle what comes our way.