Big Bad Fox and Other Tales, The 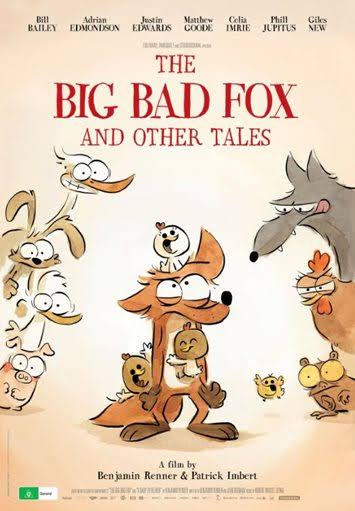 The Big Bad Fox and Other Tales is a three act film. During the first segment, a high strung Pig (Justin Edwards) is roped into helping deliver a baby for an injured stork after an incompetent Rabbit (Adrian Edmondson) and Duck (Bill Bailey) volunteer to do it. Rabbit and Duck attempt numerous harebrained schemes that always go awry, while Pig tries to keep one step ahead of the chaos in order to get the infant delivered in time. In the second segment a hungry fox (Giles New), tired of eating turnips, enlists the help a wily wolf (Matthew Goode) to help him find food. Together they hatch a plot to take eggs from a mother hen (Celia Imrie), raise them till they are fat and juicy and then eat them up. However the fox did not count on the chicks believing him to be their mother and the wolf did not count on the fact that the fox would fall in love with the chicks. The chicks soon learn to defend themselves and the fox and wolf learn lessons in humility. In the Final act Duck and Rabbit think they kill Santa after their attempt at rescuing a Christmas decoration goes horribly wrong. They set off to save Christmas with the help of Pig. While many mistakes are made and nothing is turning out how they’d hoped or planned they find themselves in the right place at the right time and it looks like they may just play a role in saving Christmas after all.

There is no nudity or sexual activity in the film.

The Big Bad Fox and Other Tales is a collection of short stories, portrayed with simplistic animation and seamlessly dubbed in English (the original was French) by a cast of British actors. The film is suitable for family audiences and is likely to appeal to younger children.

The main messages from this movie are: to never stop trying because there is always a way if you just work hard enough, to be truthful, patient and believe in the impossible.