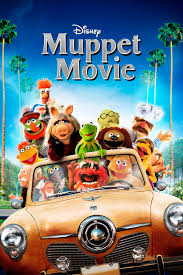 Not suitable under 5; parental guidance to 6 (violence and frightening scenes)

When Kermit the Frog (voiced by Jim Henson) runs into a Hollywood movie agent (Dom DeLuise) while singing in a swamp, it sparks dreams of becoming a Hollywood star! In search of an audition, Kermit journeys across the country picking up new Muppet friends along the way. Meanwhile, dastardly restaurant owner Doc Hopper (Charles Durning) chases Kermit and his friends in the hopes of exploiting Kermit’s talents for singing, dancing, and making jokes, to help the restaurant market its specialty, ‘fried frog legs’.

The Muppet Movie is a classic children’s film, featuring beloved Muppet favourites including Kermit the Frog, Fozzie Bear, Miss Piggy, the Great Gonzo, and Beaker. While released in 1979 and potentially dated in some of the references (e.g., Hare Krishna) and celebrity guests (e.g., Richard Pryor and Orson Welles), this film is a fun, funny, sing-along journey that children are likely to still find entertaining. While not suitable for children under 5, this film is likely to appeal to families with children aged 6 and above, with parental guidance for ages 5-6 (due to some potentially frightening scenes).

The main message from this movie is that you should not only follow your own dreams, but help others to follow theirs – working together helps everyone achieve their goals.