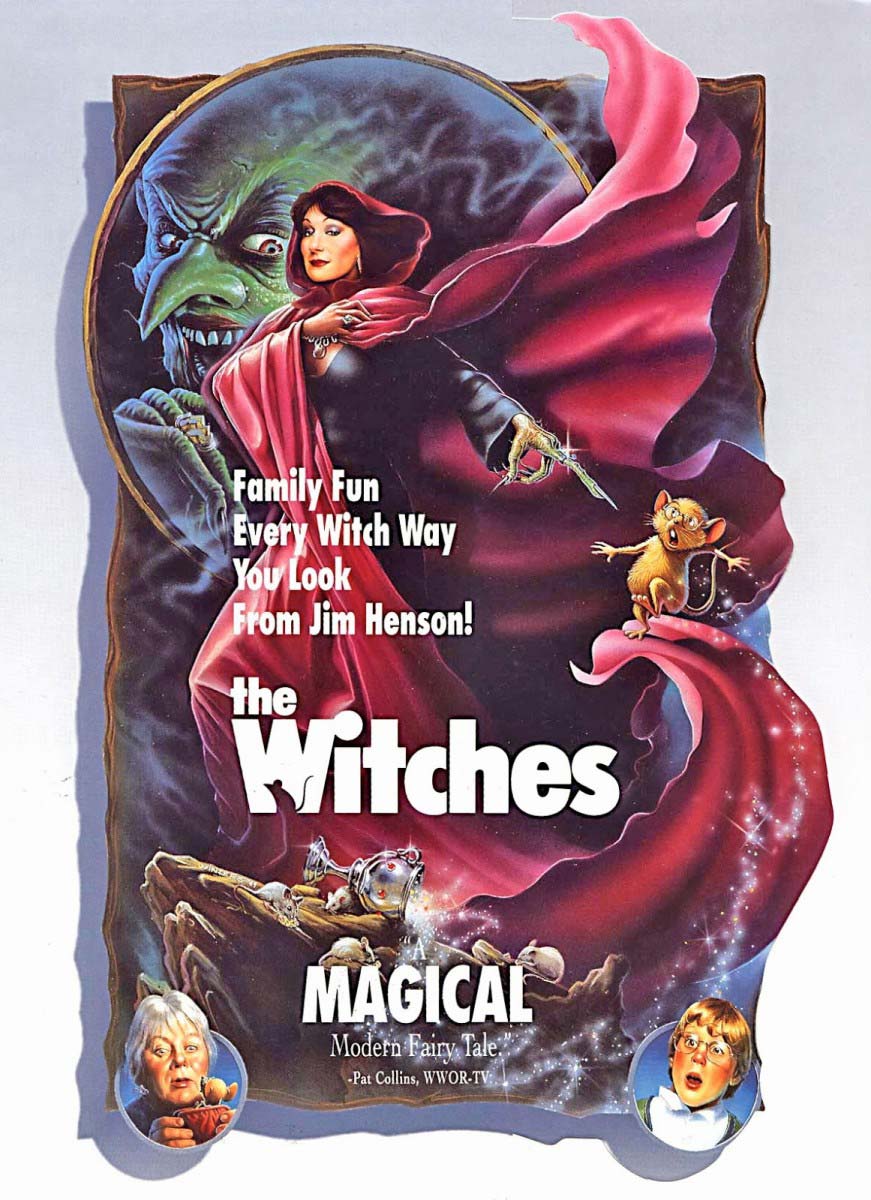 Not suitable under 8; parental guidance to 10 (Scary scenes, themes and images)

Based on the book by Roald Dahl, The Witches tells the story of Luke (Jasen Fisher), a young boy who goes on a holiday with his parents to visit his Norwegian Grandma (Mai Zetterling). Grandma loves to tell Luke bedtime stories about witches who, she says, spend their time plotting to kill children. Luke wakes one morning to find his parents' bed empty and learns the sad news that they've been killed in an accident.

Grandma decides to take Luke to England to spend some time in a seaside resort. There, Luke stumbles upon a convention of witches, led by the Grand High Witch herself (Angelica Houston). The Grand High Witch has developed a formula that will turn all the children of England into mice and she demonstrates this on a poor, hapless boy, Bruno (Charlie Potter). Luke also becomes a victim, and as a mouse, has to devise a way to defeat the witches.

The Witches is a dark comedy based on the children's book of the same name. While the movie may be funny for older children, younger children could be terrified by this movie because the images and the stories are very scary. Therefore, The Witches is not suitable for children under 8 and parental guidance is recommended to 10.

The main message from this movie is that good triumphs over evil.