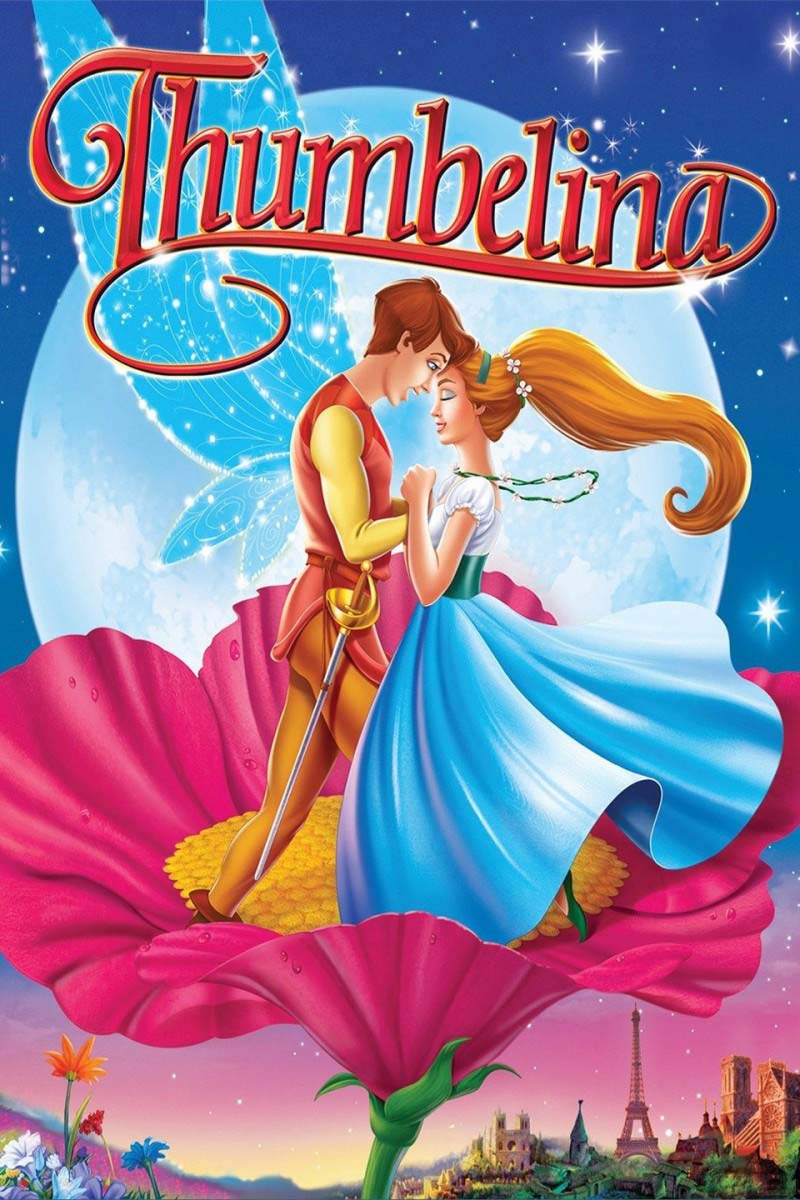 Given a seed and told to plant it, an old woman (voice of Barbara Cook) who longs for a child soon finds herself with a beautiful flower. When the flower finally opens it reveals a small girl inside, a girl only as tall as the old woman’s thumb. Deciding to call her daughter Thumbelina (voice of Jodi Benson), they live happily together until Thumbelina begins to question her size, feeling she must be the only tiny person in the world. Learning about fairy tales, Thumbelina longs to meet a fairy prince and, as luck would have it, just such a prince happens past her window one twilit night. They meet, they talk, they fall in love and Prince Cornelius (voice of Gary Imhoff) promises to return for her in the morning. Unfortunately, shortly before he arrives, Thumbelina is kidnapped by a mother toad who heard Thumbelina sing and wants her to join the family road show. Thumbelina is dragged away into the dawn leaving her mother devastated. Prince Cornelius pledges to find Thumbelina and bring her home but he must outwit Grundel (voice of Joe Lynch), a nasty toad who wants Thumbelina for himself and is determined to marry her at any cost; a beetle (voice of Gilbert Gottfried) who also briefly desires Thumbelina; and later on a mole (voice of John Hurt) who attempts to marry Thumbelina too. Lost in a world largely unknown to her, Thumbelina, with the help of a friendly bird Jacquimo (voice of Gino Conforti), tries to find her way home through the forest before winter truly sets in and before she is married off to someone she does not love.

Arranged marriages; kidnapping; separation from a parent; gender stereotypes; the objectification of women and girls.

Thumbelina is a 1994 animated musical based on the story by Hans Christian Anderson. The animation is fairly basic and the plot is predictable but there is something appealing in the story about following your heart and finding true love. However, the themes and ideas contained in the film send some dangerous messages and perpetuate some unfortunate stereotypes, specifically around the objectification of women. While the film is aimed at younger audiences this is one that parents should watch with their children if only to put a more positive spin on some of the content.

The main messages from this movie are to never wish to be anything other than what you are; and that if you follow your heart nothing is impossible for your heart will lead you home.