Tinkerbell and the Legend of the NeverBeast 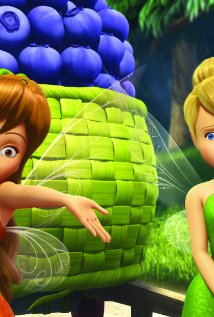 Not recommended for children under 4, parental guidance from 4 to 8 (Violence and scary scenes)

Fawn the fairy is fascinated by dangerous animals and she loves to take care of them despite what the other residents of Pixie Hallow say. One day Fawn discovers Gruff the NeverBeast building towers out of rocks. Gruff and Fawn slowly become good friends but when Nyx (the fairy protector of Pixie Hollow) discovers Gruff she decides that he is a danger to their town and he must be captured. Fawn asks her fairy friends for help to convince the town that Gruff is not dangerous. However, it is when a thunderstorm threatens Pixie Hallow that Gruff reveals his true nature.

Nothing of concern in the film, but plenty of associated merchandise

The main messages from this movie are about following your heart and accepting others for who they are.

The ending of this film is emotional and may be confronting for younger children. However, this gives parents the opportunity to teach their children that sometimes in life you have to say goodbye to people you love.