Tinkerbell and the Secret of the Wings 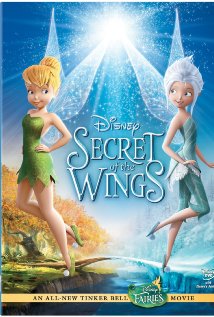 Tinkerbell and the Secret of the Wings is the latest film in the Tinker Bell series which features the adventures of the Pixie Hollow fairies.  In this movie adventure Tinkerbell (voiced by Mae Whitman) sneaks across the forbidden border between the Summer Woods and the Winter Woods where she discovers her wings sparkle magically.  Curious to understand the magic of her sparkly wings, Tinkerbell ventures across again in an attempt to find the ‘Keeper’, the keeper of all knowledge, who can give the answers to her questions.  Once in the Winter World however Tinkerbell discovers an unexpected surprise which brings hope of making Pixie Hollows a united fairy land once and forever.

Separation from a sibling

There are some scenes in this movie that may be a bit worrying for very young children, including the following:

There is no product placement in this movie. However, the Tinkerbell franchise has associated merchandise that is related to the movie

There is very mild sexual activity in this movie, including:

Tinkerbell and the Secret of the Wings is a simple and magical tale of the Pixie Hollow fairies who discover the winter worlds for the first time and find an expected world of fun. The film is aimed at young children, although some under fives may find some scenes a little worrying. The film is likely to lack interest for children from upper primary school age.