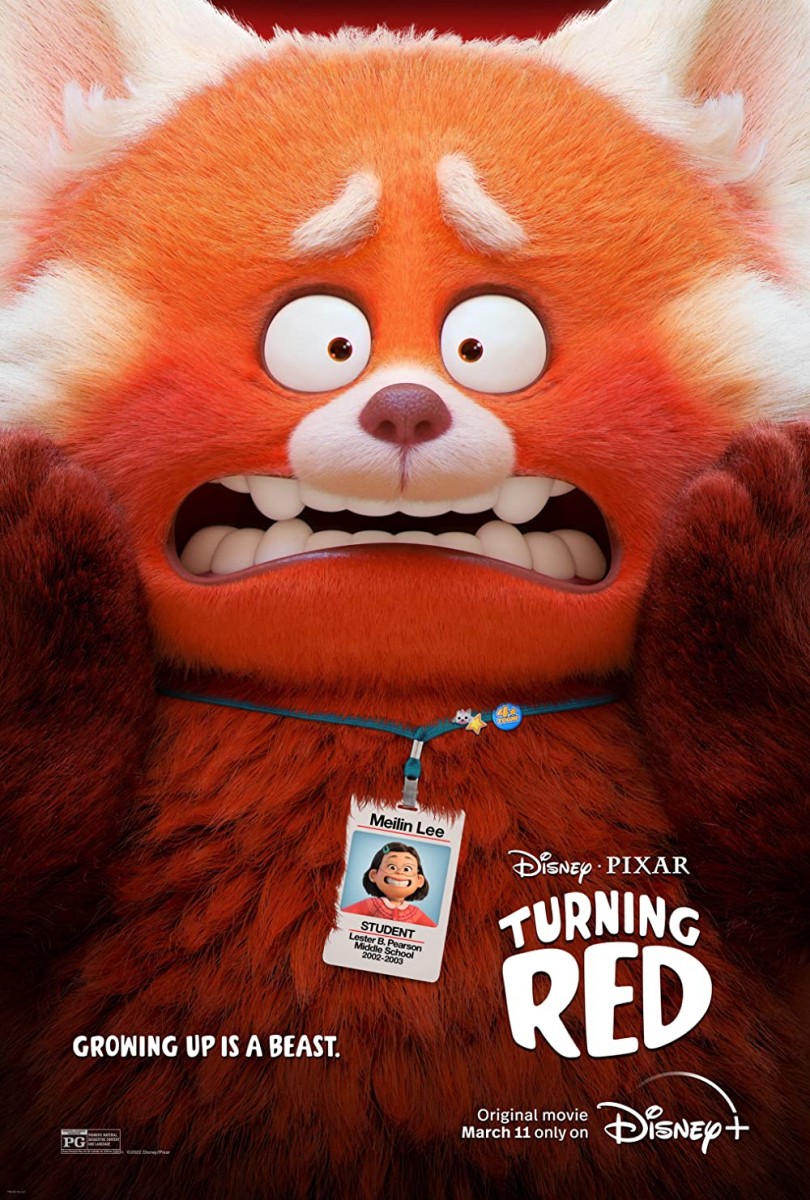 Not suitable under 10; parental guidance to 12 (themes, suggestive content and language)

Meilin Lee, ‘Mei’, (voice of Rosalie Chiang) is a 13-year-old middle schooler who lives with her overprotective and traditional parents in a Chinese temple in Toronto. Mei’s mother, Ming (voice of Sandra Oh), is determined to have a perfect daughter and to protect her from everything she can but she has failed to tell Mei some very important truths about an ancestral gift/curse affecting the females of her family. Mei discovers the secret on her own when she hits puberty and literally transforms into a red panda. Her mother is unable to control her and Mei struggles to find the power within herself to control her emotions. Thankfully, her friends, Miriam (voice of Ava Morse), Abby (voice of Hyein Park) and Priya (voice of Maitreyi Ramakrishnan) – who see past the red panda and can see Mei for who she truly is – are able to help Mei learn to love herself even more because of her gift. When the girls find out that their favourite boy band is coming to town and that none of their parents will allow them to see the concert, the friends hatch a plan to earn the money themselves and go anyway. The only catch is that Mei has one chance to contain her panda thanks to a ritualistic ceremony held only during a red moon, which just so happens to be on the very night of the concert. Will Mei join her friends; will she follow tradition to trap her panda; or will she embrace the changes and make them part of her forever?

Puberty; Bullying; Consumerism; Intergenerational / Cultural differences; Harbouring family secrets; Adolescent crushes; The struggle to find yourself and come to terms with who you are.

Turning Red is an animated adventure featuring a culturally diverse cast. At first glance it may appear to be a children’s film but being based around topics related to adolescence and puberty, including repeated mention of periods and pads, Turning Red is far more suited to tween and younger teen audiences.

The main messages from this movie are that people have all kinds of sides, that some sides are messy but that we need to make room for them, live with them and learn to love ourselves in spite of any perceived imperfections.