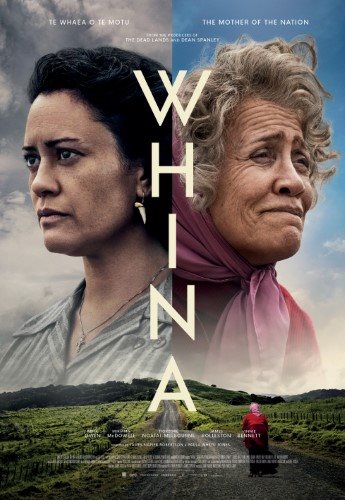 Not suitable under 8; parental guidance to 10 (themes, violence)

The first born child in a long line of chiefs, Whina (Miriama McDowell) was meant to be a boy – a boy who was allowed to have a voice; a boy who was able to fight for the rights of his downtrodden people – a boy who would be respected by the simple fact of his gender. But Whina was a girl – a girl who became educated; a girl with a voice that demanded she be heard; a girl who commanded the respect of her people; a girl who was willing to fight for what she believed in; a girl with foresight and courage and compassion – a girl who inspired a nation. A girl who would live to become a legend.

With vast areas of Maori land being taken over by white settlers, with British promises and treaties being repeatedly broken, more and more Maori families were being forced off their ancestral land and were facing lives of destitution and hopelessness. Whina understood what was happening to her people in ways that most couldn’t see and she had the wisdom and organisational skills to put measures in place to help secure and work the land of her ancestors. When tragic events forced Whina to flee from her community, she would eventually return, along with her second husband William (Vinnie Bennett), in an effort to help save the land and restore cultural pride to her community. When William dies trying to protect what they were working to build, Whina and her children find themselves homeless and back in the city where she soon learns just how precarious life can be for her people. She helps organise a relief association and, over the years, makes the government take notice of its Maori citizens. In her 80’s, suffering from crippling arthritis, Whina (Rena Owen) leads a march from one end of her country to Parliament at the other, inspiring countless people who join her along the way. This peaceful march gains international attention, eventually grants land rights back to the Maori people and ultimately changes the course of New Zealand history.

Whina is the heartfelt, biographical story of the life of Dame Whina Cooper. The film features fabulous performances set against the beautiful backdrop of striking New Zealand countryside and contains powerful messages about courage, determination and composure in the face of overwhelming obstacles and opposition. The film will be most enjoyed by older, mature audiences.

The main messages from this movie are that all choices have consequences; that if you want things to change you must be willing to make that change happen; that a woman can be just as powerful as a man; that great things are accomplished when you work together; and that the impossible can be achieved if you just persevere.

This movie could also give parents the opportunity to discuss with their children the importance of respecting other cultures and communities (and understanding the history), especially of the indigenous people of different regions as they have often endured unimaginable hardship and injustice.