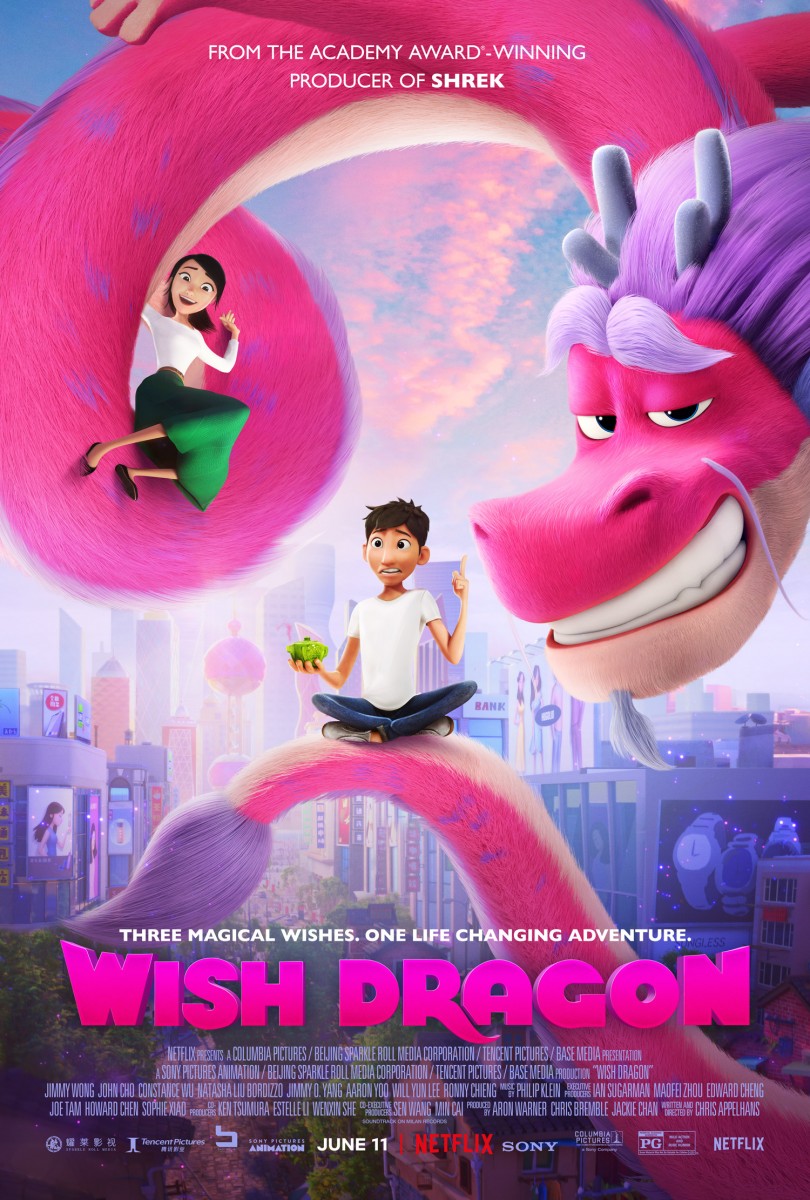 Not suitable for children under 8 and Parental Guidance to 12 (animated violence, themes of death, scary scenes).

Din (voiced by Jimmy Wong) and Li Na (voiced by Natasha Liu Bordizzo) are childhood best friends, finding magic and joy in each other’s company in their working-class Chinese village.  But when Li Na’s hardworking (but rarely around) father (voiced by Will Yun Lee) packs them up and moves them to the city for a better life, Din is left with only memories of the friendship they had vowed would last forever.  Ten years later, Din is now a college student, still living with his mother (voiced by Constance Wu) in the same village of his childhood, while Li Na has become a famous model.  Dreaming of seeing his friend again, Din makes a plan to skip class and work as a delivery driver to save up enough money to purchase a suit and sneak into Li Na’s upcoming 19th birthday party - a very exclusive event.  However, when a delivery order brings him face to face with an old man who claims to be a god (voiced by Ronny Chieng), Din finds himself exchanging the dumpling order for a strange jade teapot.  Din discovers a Wish Dragon by the name of Long (voiced by John Cho) within the teapot, who will grant him three wishes before being freed to return to the spirit world.  Whilst he is helping Long to better understand the importance of friendship over power and gold, Din is hunted by three gangsters, led by ‘Pockets’ (voiced by Aaron Yoo), who have been hired by a mysterious figure to obtain the teapot, by any means necessary.  Din must battle the gangsters, reconnect with his friend, and help Long learn the meaning of life, all with only three wishes and his kind heart.

Death of a parent; Friendship; Class and social divides

Wish Dragon is an animated movie set in China with a similar plot to Aladdin, but with stronger themes of friendship, sacrifice, and kindness.  With bright and fun characters, exciting action sequences, and magic, this film will likely entertain older children. This film is not suitable for children under 8 and parental guidance is recommended for children under 12, due to animated action violence, themes of death and loss, and frightening scenes.

The main message from this movie is that friendship is more important than money or power.