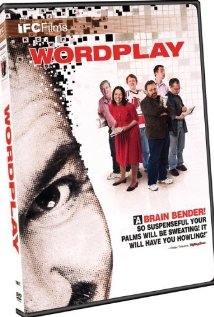 Under 13s may be bored

The movie focuses on Will Shortz, the editor of the crossword section in the New York Times, considered to be the most prestigious crossword of them all. It also documents the national crossword tournament, a competition founded in 1978 by Will Shortz. In its first year there were only 149 contestants, and it has become a much loved annual event with over 1000 competitors and attended by many who are dedicated to doing crosswords.

The movie includes interviews with the highest ranking competitors in the national crossword tournament, interviews with famous crossword solvers (musicians, sportsmen and politicians such as Bill Clinton) and comments from Will Shortz himself and a highly rated puzzle constructor called Merl Reagle.

Serious pursuit of a hobby or interest

There is no real take home message in Wordplay, but it is an entertaining look at the sort of people who like crosswords, why they like doing them and why they find it so addictive and exciting.