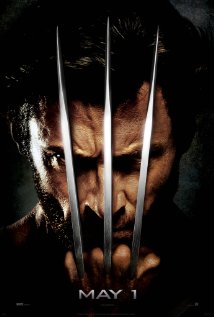 Not suitable under 13, PG to 15 (Violence, Disturbing scenes, Coarse language)

This latest film in the X-Men series opens in 1845 in Canada where we meet James/Wolverine and older half brother Victor/Sabretooth as children, running away together after the death of their fathers. We then follow the pair as adults, fighting, dying and being brought back to life through their mutant powers in several major conflicts.
Incidents during the Vietnam War result in James (Hugh Jackman) and Victor (Liev Schreiber) being court-martialled and imprisoned. While in prison, they are offered freedom and the chance to serve their country by Colonel William Stryker (Danny Huston) in exchange for joining his special team of mutants.
After an experience in an African village where James witnesses the team killing innocent people, he declares that he has had enough of killing and leaves, walking away from Victor, Stryker and the rest of the team. When we next see James six years have passed and he is now called Logan and living a peaceful life in the Canadian mountains with his girlfriend Kayla (Lynn Collins).
While Logan is living the quiet life, mutants belonging to Logan’s old team are being systematically killed. Stryker approaches Logan, asking him to return to his old unit and assist in tracking down those responsible for the killing.  Logan refuses, not wishing to be involved in killing anymore. However, when Victor turns up and apparently murders Kayla, Logan goes into action once more, seeking out members of his old team and becoming involved in epic struggles against enormous and unforeseen forces.

In addition to the above-mentioned violent scenes and scary visual images, there are some scenes in this movie that could scare or disturb children under five, particularly scenes of mutants and transformations. Examples include

In addition to the above mentioned scenes, children in this group may be particularly disturbed by the scene where Wolverine is submerged in a tank of water, numerous needles drill through his skin and we see x-ray images of the needles penetrating his skull. A liquid metal (Adamantium) is injected through the needles into Wolverine’s bones and he thrashes about in agony and is finally pronounced dead.

As well as many of the above-mentioned scenes, children in this age group may be particularly disturbed by the scene in which Victor almost rapes a woman, handling her roughly and throwing her onto a bed before being stopped.

There is occasional nudity and low-level sexual activity in this movie, including:

X-Men Origins: Wolverine is a comic book style action/adventure which is darker and more violent than other X-Men films and definitely aimed at older adolescents. The film relies more on intense action and special effects rather than story line. The main messages from this movie are

This movie could also give parents the opportunity to discuss with older children attitudes
and behaviours, and their real-life consequences, such as